Learning outcome: After completing this module the student should know the meaning of percent, how to calculate percentages, how to divide the whole into the desired number of equal parts. Students should know what fractions are called simple and when to use them.

One of the most common ways that fractions are used is money. A quarter is 1/4 of a euro, a dime is 1/100 of a euro. Knowing about fractions and how to compare them makes handling money much easier.
We also use fractions when we cook. Ingredients are often measured in fractions e.g. 1/4 kg instead of 250 g.
Even small children face the problem of sharing an apple equally. When they realize that none of them will get the whole apple, they split the apple in two parts.

Each part of the fraction has its own name:

Divide the same line into 2, 3, 4 parts. Continue to divide. We are getting more and more lines. Their intervals are getting shorter though. Here are some examples of the number of segments we can get: 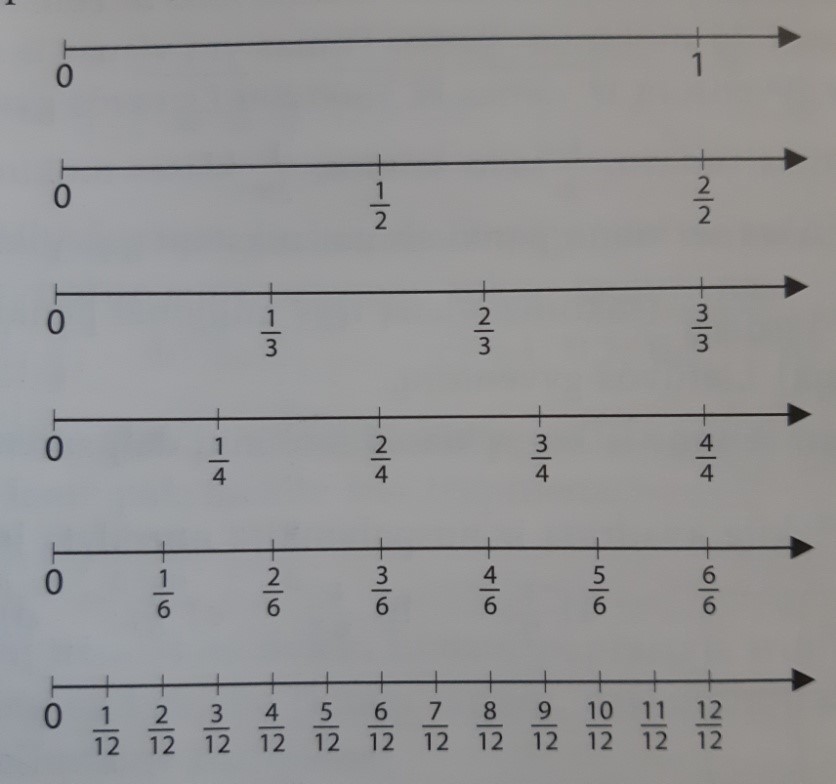 It is easy to add fractions with the same denominator (same bottom number):

We need to make them the same before we can continue, because we cannot add them like that. We must somehow make the denominators the same.

However, if the bottom numbers (denominators) are different to make them identical we should multiply the nominator and denominator of the smallest fraction (to keep it easy) by 2. We have to multiply both the top and bottom, by the same number to keep the value of the fraction unchanged.

4 is the smallest denominator, if we multiply by 2, we get 8. This leaves the value of the fraction the same. Now that the fractions have the same bottom number (“8”), we can continue adding.

Add the top numbers and put them over the same denominator, as shown below:

This website uses cookies so that we can provide you with the best user experience possible. Cookie information is stored in your browser and performs functions such as recognising you when you return to our website and helping our team to understand which sections of the website you find most interesting and useful.

Strictly Necessary Cookie should be enabled at all times so that we can save your preferences for cookie settings.

If you disable this cookie, we will not be able to save your preferences. This means that every time you visit this website you will need to enable or disable cookies again.

This website uses Google Analytics to collect anonymous information such as the number of visitors to the site, and the most popular pages.

Please enable Strictly Necessary Cookies first so that we can save your preferences!